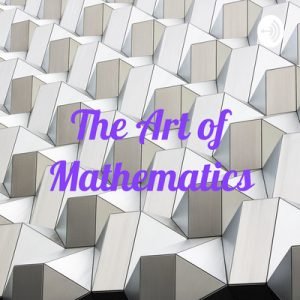 Join us every month, or check out our past episodes. Available on Apple Podcasts, Spotify, wherever you get your podcasts.

Most episodes are about 15-20 minutes, sometimes ending with a puzzle along with the solution to the puzzle from the previous episode. 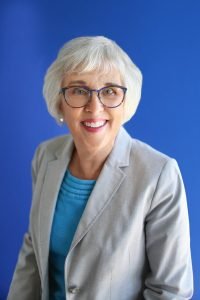 I’m Carol Jacoby. Join me for the art of mathematics. You think math isn’t an art? It’s just numbers and formulas that need to be memorized? Join me for truth and beauty, music, art, infinity and intriguing questions. You don’t need a background in math. High school algebra at the most. We’ll converse, review books and do puzzles. We’ll talk about what mathematicians do and why, look at some mind-blowing results and deceptively simple concepts that open up all sorts of interesting questions. We welcome non-mathematicians and future mathematicians as well as any mathematicians who want to step back from their very specialized research and think about what they do and why. I look forward to sharing the art of mathematics with you.

Note that we are now on a once-a-month schedule. New episodes will appear on the fourth Wednesday of each month. Here’s the past ones.

Approximation by Rationals: A New Focus

Joseph Bennish, Prof. Emeritus of CSULB, describes the field of Diophantine approximation, which started in the 19th Century with questions about how well irrational numbers can be approximated by rationals. It took Cantor and Lebesgue to develop new ways to talk about the sizes of infinite sets to give the 20th century new ways to think about it. This led up to the Duffin-Schaeffer conjecture and this year’s Fields Medal for James Maynard.

Joseph Bennish returns to take us beyond the rational numbers we usually use to numbers that have been given names that indicate they’re crazy or other-worldly. The Greeks were shocked to discover irrational numbers, violating their geometric view of the world. But later it was proved that any irrational number can be approximated remarkably well by a relatively simple fraction. The transcendental numbers were even more mysterious and were not even proved to exist until the 19th century.

Jeanne Lazzarini, a math education specialist, shares the connections between math, such as fractals and the golden ratio, and art. These are everywhere–nature, architecture, film and more. She shares hands-on mathematical activities that helped her students see math as an exploration and an art.

Lara Alcock of Loughborough University shares what she learned, by tracking eye movements, about how mathematicians and students differ in the ways they read mathematics. She developed a 10-15 minute exploration training, that increases students’ comprehension through self-explanation. We also discuss the transition between procedural math and proofs that many students struggle with early in their college careers.

Jon Goga, of Brainy Spinach Math, is using the Roblox gaming platform to bring math learning to kids using something they already enjoy. Along the way, he teaches them some techniques that are useful for mathematicians at any level–breaking down and building up a problem. We also discuss the “inchworm” and “grasshopper” styles of learning.

The Power of Mathematical Storytelling 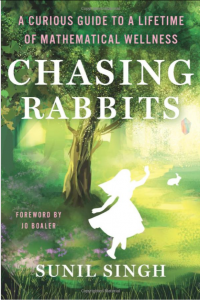 Sunil Singh, the author of Chasing Rabbits and other books, shares fascinating stories that show mathematics as a universal place of exploration and comfort. Stories of mathematical struggle and discovery in the classroom help students connect deeply with the topic, feel the passion, and see math as multi-cultural and class-free.

The Mathematical World and the Physical World

Yusra Idichchou explores the question: Does math imitate life or does life imitate math? We touch on Oscar Wilde, philosophy of both math and language, how formal abstractions can describe the subjective physical world and various philosophies of mathematics.

Caron Rivera, a math teacher at a school for elite athletes, shares how she breaks through the myth of the “math person” and teaches athletes to think like mathematicians. Her problem solving technique applies to anything. Through it her students get comfortable with not knowing, with the adventure of seeking the answer. They build their brains in the process.

The Art of Definitions

Brian Katz of CSULB joins us once again to discuss mathematical definitions. Students often see them as cast in stone. Prof. Katz helps them see that they’re artifacts of human choices. The student has the power to create mathematics through definitions. This is illustrated by the definitions of “sandwich” and “approaching a limit.” What makes a good definition? How is mathematics like a dream? 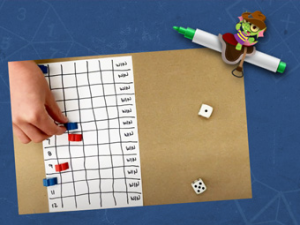 Mark Hendrickson, of Beast Academy Playground, talks about how to bring young kids into the joy, creativity and exploration that mathematicians experience. Kids enjoy art because they are free to try things and shun math for its apparent rigidness. He offers subtly mathematical games that invite even very young children to explore and question.

Joshua Sack, mathematics professor at California State University, Long Beach, explores the breadth of art and mathematics and finds much commonality in patterns, emotions and more. 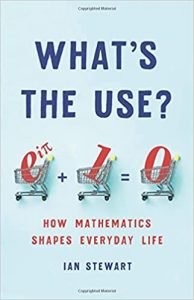 Ian Stewart, prolific author of popular books about math, discusses how math is the best way to think about the natural world. Often math developed for its own sake is later found useful for seemingly unrelated real-world problems. A silly little puzzle about islands and bridges leads eventually to a theory used for epidemics, transportation and kidney transplants. A space-filling curve, of interest to mathematicians mainly for being counterintuitive, has applications to efficient package delivery. The mathematical theories are often so bizarre that you wouldn’t find them if you started with the real-world problem.

Joseph Bennish joins us once again to continue his discussion of symmetry, this time venturing into higher dimensions. We explore the complex symmetry groups of the Platonic solids and the sphere and their relationships. We then venture into the 4th dimension, where we see that, with a change to the distance the symmetries are maintaining, we get Einstein’s Theory of Relativity.

We are all born with an intuitive attraction to symmetry, through human faces and heartbeats. Joseph Bennish, of California State University Long Beach, explores the mathematical meaning of symmetry, what it means for one shape to be more symmetric than another, how symmetries form mathematical groups and groups form symmetries, and hints at implications for Fourier analysis, astronomy and relativity.

Dana Clahane, Professor of Mathematics and Fullerton College, dispels some of the misconceptions about mathematics and discusses some famous unsolved problems that he has freshmen and sophomores working on, learning what math is really about.

6/16/21 Stereotypes of Mathematics and Mathematicians 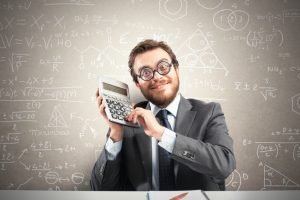 Will Murray, chair of the math department at California State University, Long Beach, discusses popular stereotypes of mathematicians and what they do when they do mathematics. Is it all lone geniuses generating big numbers? If so many people dislike mathematical thinking, why is Sudoku so popular?

6/2/21 Prime numbers and their surprising patterns

Joseph Bennish talks about prime numbers, a simple concept with surprising characteristics. Are they regular or random? This takes us into unexpected realms–calculus, complex numbers and “the music of the primes.” 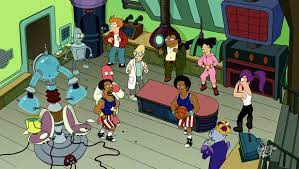 Josh Hallam shares some of the ways he uses story writing and other creative endeavors in his math classes. He also discusses math in popular culture, including an original theorem in the animated show Futurama. [Here’s the part of the Futurama episode with the theorem https://www.youtube.com/watch?v=9ArMgY2dG0&list=PLx3skbat6Gw1oXSV2AIQc1YPkWJz8gs4O&index=9  If you freeze-frame at 1:12, you can see the proof on the board.]

5/5/21 The Unreasonable Effectiveness of Mathematics

Saleem Watson discusses the mysterious way math predicts the natural world. Much of math is invented, and yet there are many examples of cases in which purely abstract math, developed with no reference to the natural world, later is found to make accurate and useful models and predictions of the physical world.

4/21/21 Alternative Proofs and Why We Seek Them

Joseph Bennish discusses two famous theorems, proved long ago, and some modern alternative proofs. Why would we bother reproving something that was confirmed thousands of years ago? The answers are insight, aesthetics, and opening up surprising new areas of investigation. 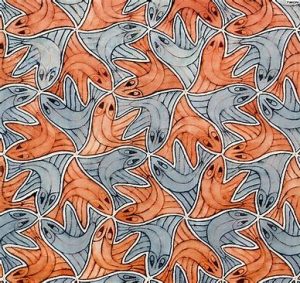 Scott Crass, Professor of Mathematics at CSULB, expands our vague intuition about symmetry to look at transformations of various kinds and what they leave fixed. This approach finds applications in physics, biology, art and several branches of math.

Saleem Watson, Professor Emeritus of Mathematics, CSULB, confronts an ancient mathematical argument. Is math a body of eternal truths waiting for an explorer to uncover them, or an invention or work of art created by the human mind? Or some of each? 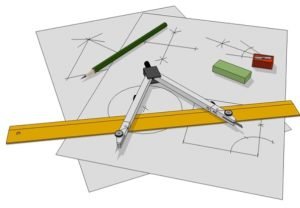 Paul Eklof, Professor Emeritus UCI, discusses the famous impossible straightedge-and-compass constructions of antiquity that have fascinated mathematicians and attracted cranks for centuries. There are infinitely many possible constructions. How can you prove not one of them will work?

2/24/21 The Joy of Mathematical Discovery

Joseph Bennish, math professor at California State University, Long Beach, discusses how math is an exploration involving imagination and excitement. Kids get this. Adults can recapture this by generalizing and questioning. For example, a simple barnyard riddle leads to questions about optics. 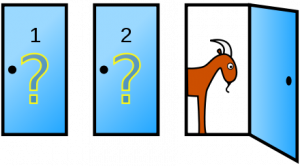 You are a contestant on Let’s Make a Deal, hosted by Monty Hall. There are 3 identical doors. Behind only one is the prize car. You make your choice, then Monty Hall opens one of the other doors to reveal a goat and asks whether you want to change your choice. Should you, or does it matter? Paula Sloan talks about the counterintuitive answer, and how she got the Duke MBA students in her math class to believe the answer.

1/27/21 What Is Mathematics? Some Surprising Answers

Brian Katz, a professor at California State University, Long Beach, approaches math as a philosopher, a linguist and an artist. It is not a science, but a byproduct of consciousness, an expression of humanity and a way to make connections.

We talk with Kathryn McCormick, Assistant Professor at California State University, Long Beach, about why she got into this obscure field, what a mathematician really does, and where we can learn more about being a mathematician.

12/30/20 Math Jokes and What They Say about Mathematicians

There are a lot of jokes that poke fun at mathematicians, how they think and how they fumble around in the real world. Many of them start, “A mathematician, an engineer and a physicist …” We’ll look at what these jokes say about us. The most telling is a little joke that only a mathematician would enjoy, since it gives surprising insight into how mathematicians think through all this abstraction.

Fermat’s Last Theorem is easy to state but has taken over 300 years to prove. Fermat’s supposed “marvelous proof” has been a magnet for crackpots and obsessed mathematicians, leading through a treasure hunt across almost all branches of mathematics. 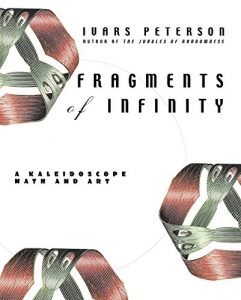 Abstract math is at once about nothing and about everything. The structures it builds may represent numbers, real world objects, music, or things we can barely imagine. Here we look at group theory for numbers, music, Rubik’s cubes and beyond.

The fourth dimension is a staple of science fiction and the key to relativity. What exactly is it and how can we visualize it? What about higher dimensions?

Can you really approach one mathematical statement 99 different ways? We review the wonderful book 99 Variations on a Proof. The answer is yes.

The Four-Color Theorem is a pretty little conjecture that has been intriguing mathematicians for more than a century. Too bad the proof stands as an example of really ugly mathematics.

What is infinity, why does it seem so weird, and can you really go beyond it? (Shirt available on Amazon)

Two problems that had been unsolved for more than 50 years have both been conquered recently.

8/26/20 Everything You Know About Math is Wrong

We explore some of the common misconceptions about mathematics and mathematicians. Here’s an example page of real math. No numbers.